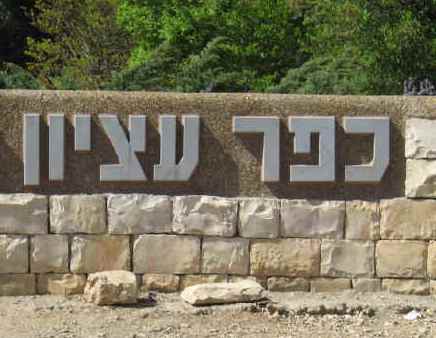 After the partition plan, the Gush was cut off. It was supposed to block the Jordanian army from reaching Jerusalem. On the 13th of May it was attacked. 242 people were killed, most after surrounding. Ben Gurion said they should be the first to be thanks after the founding of the state.

In Novemeber 1949 they were buried, along with the 33 in the first military graves on Har Hetzl.

In September 1967, sons of fathers killed in 48, came back and re founded the kibbutz.